This is a rechargeable BLACKBERRY 3.83V 3360mah/12.87wh BAT-60122-003 Battery . High quality and long lifetime, this BAT-60122-003 battery lets you work seamlessly when you are on the move for business trips or vacations. All our Li-ion replacement batteries for BLACKBERRY BAT-60122-003 Cell Phone have been tested and proven to match and/or exceed original battery performance and are 100% compatible with Original Manufacturer Specifications. Every piece of our replacement battery for BLACKBERRY BAT-60122-003 has been tested and validated on BLACKBERRY systems to ensure the safety for your Blackberry Priv STV100-2. Increased capacity extends your workable hours at the office, in meetings or classes, or while traveling. 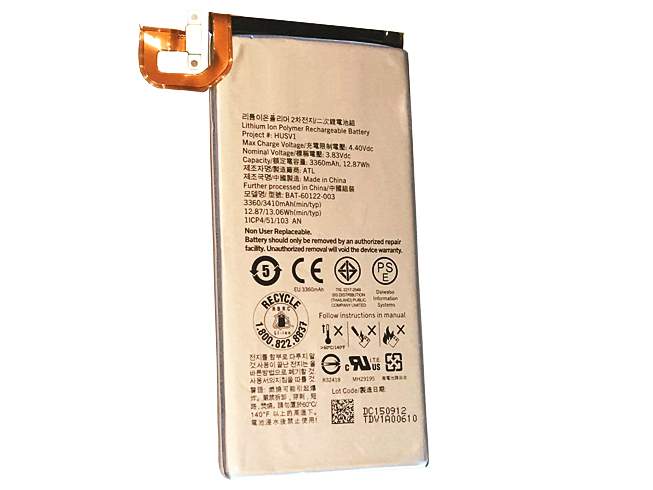 TOP REASONS TO BUY FROM US

✔ Quality replacement battery with high Capacity
✔ Longer lifespan - thanks to modern Lithium technology without memory effect.
✔ Guaranteed safety: Protected against Short-circuits, Overheating and Overvoltage
✔ Each cell is separately tested in order to ensure professional standards are met.
✔ 100% compatible in replacing your original battery

This is the Replacement BLACKBERRY BAT-60122-003 Battery, You can extend the life of your BAT-60122-003 battery significantly through the proper care and handling of your battery.

How can I extend your battery run time?